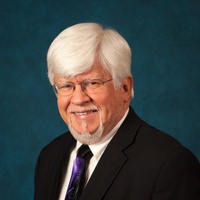 Don is one of Financial Growth Partners' most "senior" members, having entered the financial services field shortly after earning his Bachelor of Science degree from the University of Delaware in 1971. He joined The Guardian Life Insurance Company in August 1974, and has been an active supporter of NAIFA since 1978.    Don earned his Chartered Life Underwriter® degree from the American College in 1979.  He first qualified for  the Million Dollar Round Table in 1982, and had achieved Lifetime Membership in this prestigious    organization.

Don prides himself on his relationships with his clients, who now reside in 24 states, Europe, Canada and Central America. His knowledge is in helping families and small business owners provide protection and accumulate wealth for retirement, as well as guiding them with their "exit strategy" once retirement is upon them.

In what he terms a "midlife adventure," Don moved his family from Long Island to Virginia Beach in 1990. He has been married to Patti since 1973, and has two adult sons, Dave and Chris, daughter-in-law Maria and grandchildren Audrey, Jack and Henry. He is an active member of St. Aidan's Episcopal Church, having served on its Vestry twice, and is currently serving on its Finance Committee. He loves to travel and has a passion for scenic photography, with his work having appeared in several locations throughout Virginia Beach.

Don is licensed to sell insurance and securities in VA, FL, MD, PA and NY.